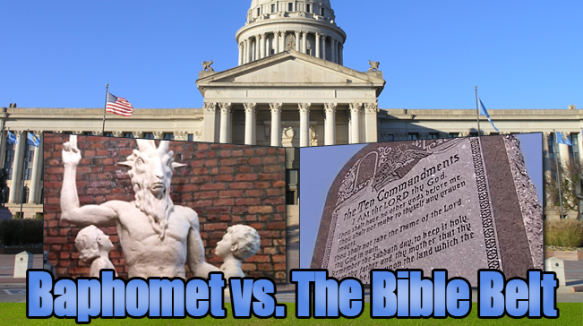 “I think we need to be tolerant of people who think different than us, but this is Oklahoma and that’s not going to fly here.” – Oklahoma State Rep. Don Armes

KRISTI KIRK (PATRIOTS AND PAULIES POLITICS & NEWS) – New York’s Satanic Temple released a sneak peek last week at a Satanic monument they hope will sit next to a replica of the Ten Commandments on the grounds of the Oklahoma State capitol building. The Satanists say that the First Amendment doesn’t allow Oklahoma to implicitly endorse Christianity and Judaism without letting the worshippers of the dark lord put up their own statue, too.

While there isn’t a chance in hell that Oklahoma’s Capitol Preservation Commission will approve a monument to Satan, enough people think it is a good idea that the group raised $30,000 in a crowd-funding campaign to build the statue — a 7-foot-tall goat figure with children at its feet (“We want kids to see that Satanism is where the fun is,” a spokesperson for the Satanic Temple told CNN.) 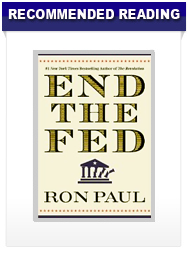 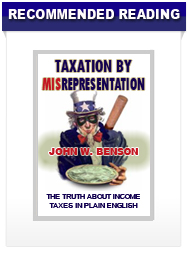