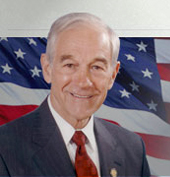 RON PAUL’S TEXAS STRAIGHT TALK – Last year more US troops died by suicide than died in combat in Afghanistan. More than 20 percent of military personnel deployed to combat will develop post-traumatic stress disorder (PTSD). Some 32 percent of US soldiers reported depression after deployments. More than 20 percent of active-duty military are on potentially dangerous psychotropic drugs; many are on multiple types. Violent crime among active duty military members increased 31 percent between 2006-2011.

The statistics, compiled by the military last year, are as telling as they are disturbing. The Defense Department scrambles to implement new programs to better treat the symptoms. They implement new substance abuse and psychological counseling programs while they continue to prescribe more dangerous psychotropic drugs. Unfortunately, most often ignored are the real causes of these alarming statistics.

The sharp rise in military suicides, drug and alcohol abuse, and domestic and other violence, is the unintended consequence of a violent foreign policy — of an endless and indefinable “global war on terrorism.”

Particularly in the past decade or so, we have lived in a society increasingly marked by belief in the use of force as a first and only option. We have seen wars of preemption and aggression, everywhere from Iraq to Pakistan to Libya, Yemen, and elsewhere. We have seen an unprecedented increase in the use of drones to kill overseas, often resulting in civilian deaths, which we call “collateral damage.” We have seen torture and assassination (even of American citizens) become official US policy. When asked by Senator Ron Wyden last week if the president has the right to assassinate American citizens on US soil, President Obama’s nominee to head the CIA, John Brennan, could not even give a straight answer.

The warning that “he who lives by the sword dies by the sword” goes not only for individuals but for entire societies. It is a warning to all of us. A country or a society that lives with the violence of pre-emptive war in fact self-destructs.

“Many who claim to support the military look the other way when the service-members return home broken in mind and body after years of deployments abroad.”

Let us not forget that this endless war is brought to us primarily by the neo-conservatives who dominate foreign policy in both political parties and who never cease agitating for US military deployments overseas. Of course with very few exceptions they have declined to serve in the military themselves. These endless wars would not be possible, we should also remember, without the Federal Reserve printing the money out of thin air to finance our overseas empire. We are speeding toward national bankruptcy while at the same time turning the rest of the world against us with our aggressive foreign policy. Does anyone really believe this will make us safer and more secure?

Many who claim to support the military look the other way when the service-members return home broken in mind and body after years of deployments abroad. I served five years as a US military doctor in the difficult 1960s and even then saw some of this first-hand. During the 1960s the consequence of an unwise prolonged war tragically resulted in violence in our streets, and even students being shot by our military at Kent State University. 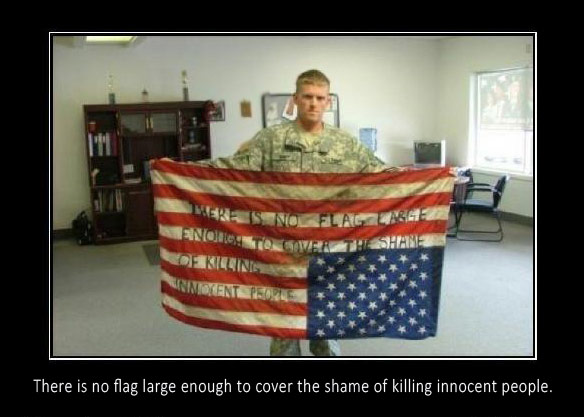 The truth is, killing strangers in unconstitutional and senseless wars causes guilt to the participant no matter what kind of military indoctrination is attempted. Those afflicted may attempt to bury the pain in alcohol or drugs or other destructive behaviors, but we see that only leads to more problems. It may not be popular to point this out, but it goes against human nature to kill a fellow human being for retaliating against those who initiate a war of aggression on their soil.

Who cares most for those in military service, those who agitate for more of what is destroying their lives and weakening our national defense, or the many of us who are urging a foreign policy of non-intervention and peace? If we are to survive, we must beware the seen and unseen consequences of pre-emptive war.

4 thoughts on “The Truth and Consequences of Pre-Emptive War”